REMO was developed upon the request of the reviewers within the BMBF-Förderschwerpunkt Wasserkreislauf as the atmospheric component of the coupled atmosphere-hydrology model system. Development and application of this system was considered a central task within the international BALTEX (BALTIC Sea Experiment).

MPIfM (Max Planck Institute for Meteorology) was thus asked to develop the German BALTEX Model on the basis of the former numerical weather prediction model of the German Weather Service (EUROPA-MODELL, EM, Majewski 1991) in co-operation with DKRZ, DWD and GKSS. On 16 Nov 93 it was agreed between these parties to develop a regional model suitable for climate modelling and weather forecast which subsequently was named REMO. DWD and GKSS concentrated on modifications of the EM to use REMO in forecast mode (e.g. consecutive 30 hour forecasts without data assimilation) whilst DKRZ and MPIfM focussed on developments needed for the use of REMO in climate mode.

A version of the EM which allowed to carry out long term runs was modified at MPIfM to use surface pressure, horizontal wind components, temperature, water vapour and cloud water content as prognostic variables instead of surface pressure, horizontal wind components, total heat and total water content. The EM physical parameterisation scheme remained otherwise unchanged but the physical parameterisation scheme of the global climate model ECHAM4 (Roeckner et al. 1996) was implemented as an alternative option.

A major objective of BALTEX is to understand and quantify the water and energy cycles over the Baltic Sea and its drainage basin. Therefore the validation of REMO concentrated on the hydrological components of the water cycle. Simulation results of long runs up to ten years using ECMWF re-analysis data as lateral boundary conditions have been compared successfully with observations (Jacob 2001). Furthermore, REMO participated in a model inter-comparison during the PIDCAP period (Pilot study of Intense Data Collection and Analyses of Precipitation) involving eight regional models in total (Jacob et al. 2001).

During the next four years, REMO will be used as the atmospheric component of BALTIMOS (BALTEX Integral MOdel System) which is the BMBF funded nine partner consortium Development and validation of a coupled model system for the Baltic region. BALTIMOS consists of the modules: atmosphere, sea ice, ocean, land surface and hydrology. The main activity will be the validation of the fully coupled system. Furthermore, REMO is embedded in several other national and international projects for the next years. 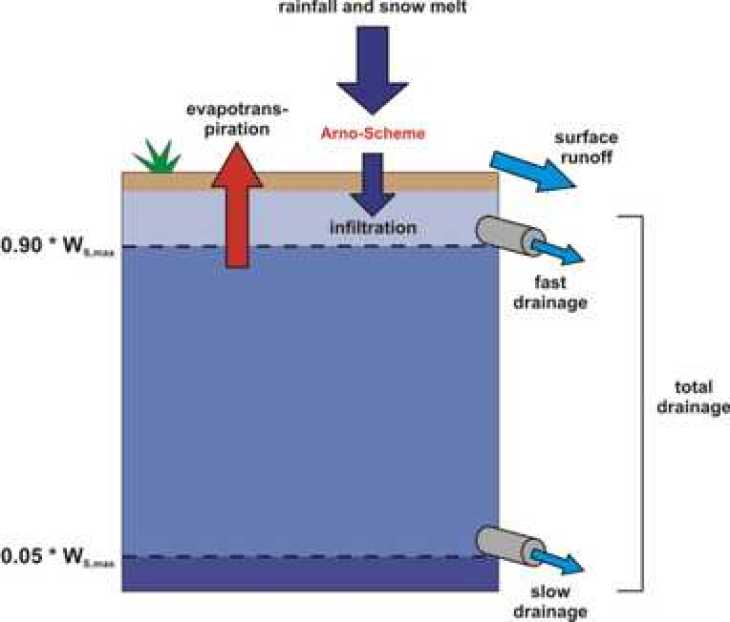