The interactions between the atmosphere and the underlying surface are among the most important factors in climate modelling. Sea and land surfaces dominate globally, but on regional scales, the interactions between the atmosphere and lake surface can be a major driver in regional and local climate, especially at locations with high lake area density.

Recently, climate models have started to include interactive lake modules. In a cooperation between GERICS and the Finnish Meteorological Institute REMO has been further developed to include an interactive lake module called FLake. FLake is fully coupled with REMO and it calculates all lake related parameters for the lake fractions in each grid box. 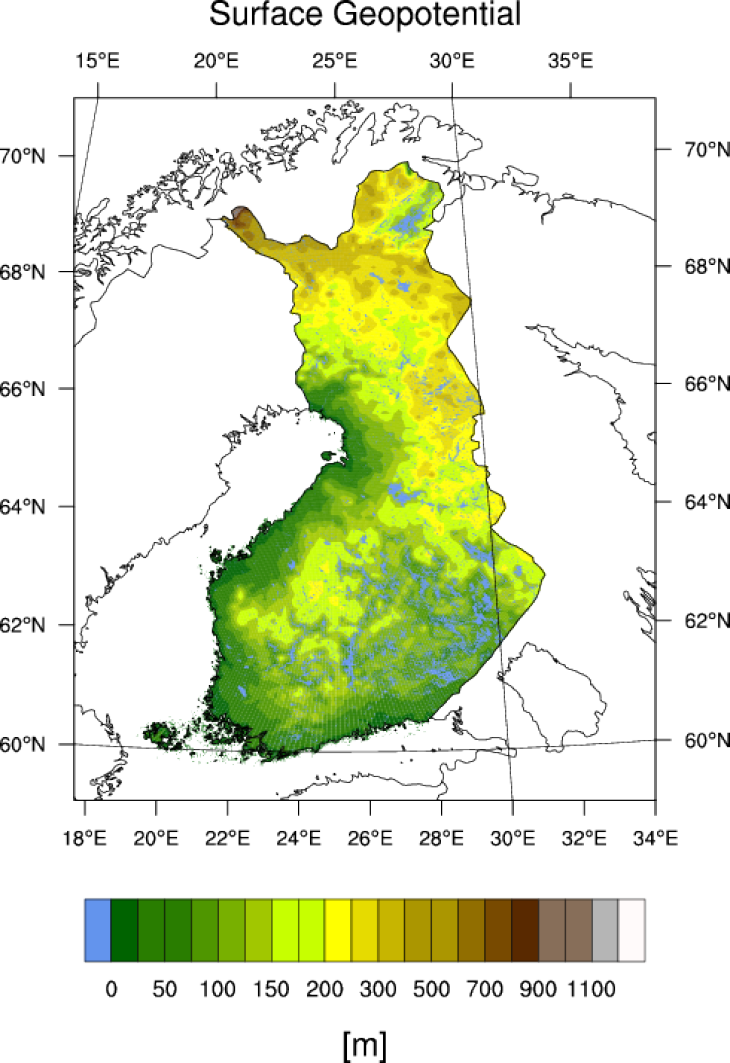 REMO with FLake (REMO-FLake) has been tested over Fenno-Scandinavia in a 35-year long simulation. The results show that overall the new model version improves the representation of the Fenno-Scandinavian climate in terms of 2-m temperature and precipitation. Lake surface temperature, ice conditions, snow depths over lakes and ice season lengths are also realistically captured by the model.