The SEACLID/CORDEX Southeast Asia (CORDEX-SEA) coordinates the Southeast Asia Domain of CORDEX. Currently there are 18 institutions from 14 countries (7 from the Southeast Asia region and 7 from outside the region) involved in CORDEX-SEA. Several simulations with the ocean-atmosphere coupled version of REMO have been conducted on both 0.44° and the 0.11° spatial resolution. 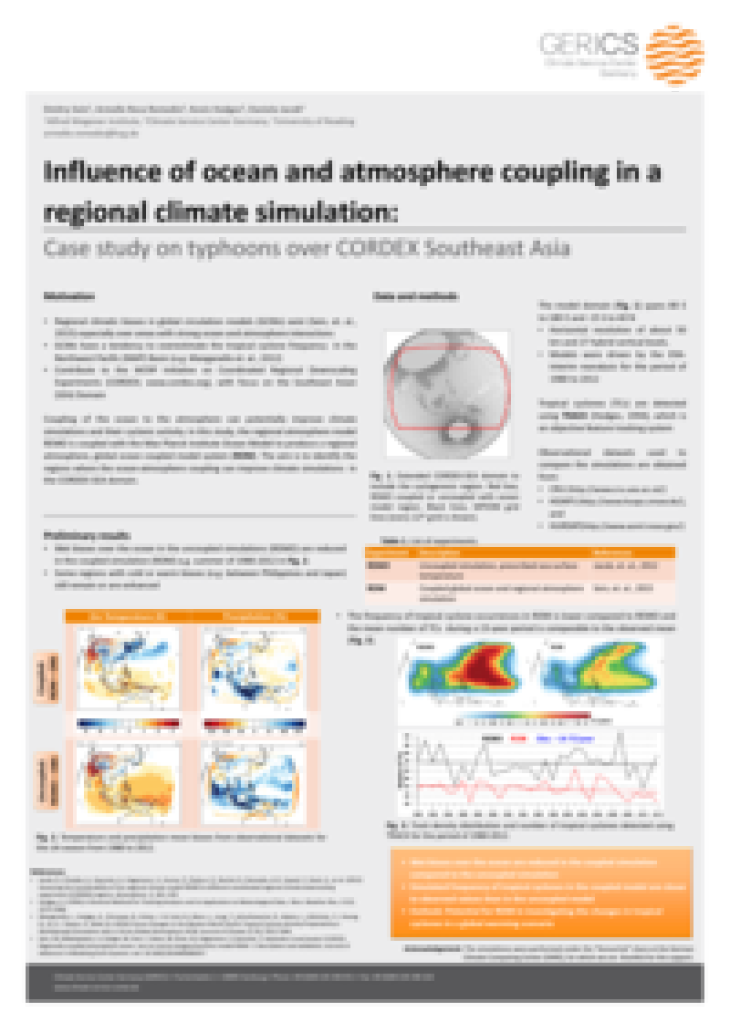