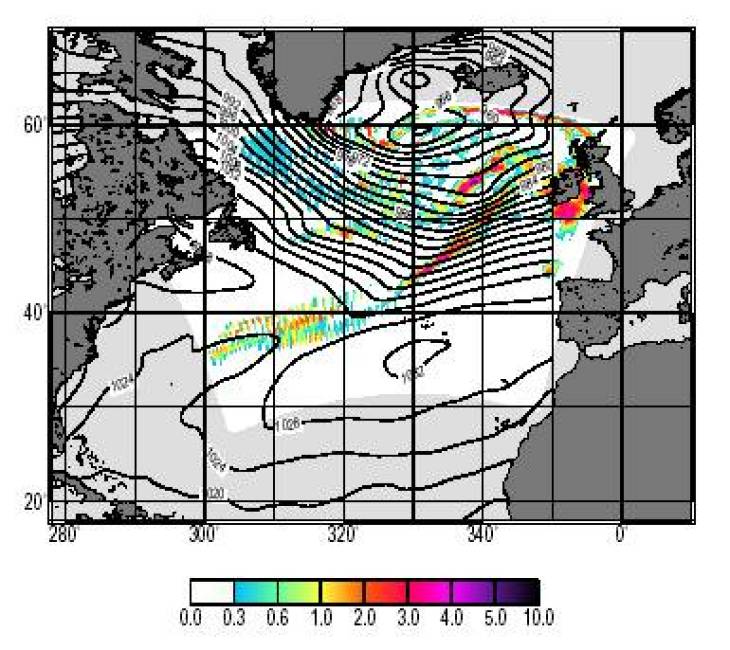 In the framework of the SFB 512 ("Cyclones and the North Atlantic Climate System"), simulations of the North Atlantic Cyclone Caroline with REMO have been performed (Keup-Thiel et al., 2002). Result of this study was that the regional climate model REMO is able to reproduce the amount of precipitation originating from the frontal system (in comparison to values derived from SSM/I satellite data). The observed high precipitation rate in the cold air outbreak behind the cold front are underestimated by the model. This is shown in Fig. 1 and 2. 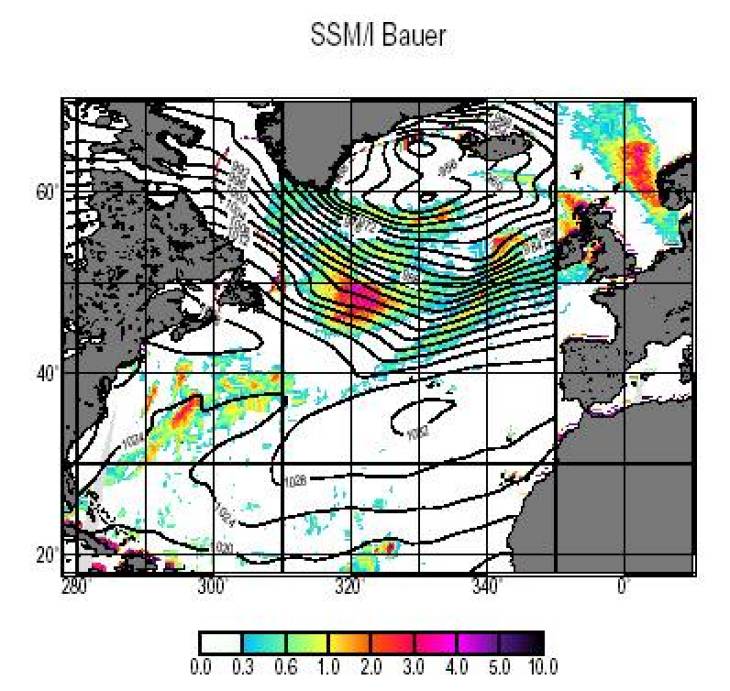 Figure 3a: Mean profiles for liquid water for 17 February 1997. Only values over sea and north of 44°N have been taken into account.

The North Atlantic Cyclone Caroline actually is used as case study to evaluate the models ability to correctly simulate precipitation in cold air outbreaks on the backside of frontal systems.

First studies indicate that including ice microphysics in the stratiform cloud scheme only slightly changes the amount of post frontal precipitation, but changes by modification of the vertical distribution of ice and cloud water in the atmosphere the processes responsible for the precipitation.

Figure 3b: Same as Figure 2a but for ice.

The changes in the mean profiles for cloud liquid water and cloud ice are shown in Figure 3 exemplarily for the 17 February 1997. The simulation with changes in the ice microphysics (REMO ice) generally has lower amounts of liquid water, especially at levels higher than 700 hPa, the ice amount in REMO ice is higher than in the simulation with the REMO standard version (REMO standard), especially at levels below 700 hPa.